More NHS powers should be devolved to English metro mayors

Then-mayor of London Boris Johnson (L) and then-Chancellor of the Exchequer, George Osborne, visit the Battle of Britain Bunker in Uxbridge, September 2015 [Alamy]

The metro mayor system was the Coalition’s answer to English devolution, and an early version of “levelling up”. Georgina Bailey talks to its architect, former chancellor George Osborne, about how the mayoralties have progressed from his original vision.

As the architect of austerity and the face of Project Fear, the legacy of George Osborne’s six years as Chancellor of the Exchequer is a complex one. His career since leaving No 11 Downing Street has been no less controversial; at one point, while still an MP, he simultaneously held six outside jobs, before stepping down in 2017 for a career in journalism and banking. He has also recently become a father for the third time with his fiancée and former adviser, Thea Rogers. Of his new son Beau, Osborne says: “He’s wonderful, it’s just a joy.”

But having been the third longest-serving Chancellor since the end of the Second World War, at the heart of the Cameroon project for more than a decade, what lasting impact will Osborne prove to have left on the national landscape? Will his legacy be more than one of cuts and capitulation to Vote Leave?

While some point to his development of the Northern Powerhouse Partnership (a body he still chairs), others believe it his creation and championing of the metro mayors system that will leave his greatest stamp on the country – even paving the way for the “levelling up agenda”.

Despite the initial reluctance from Whitehall departments, and some parliamentarians too, the numbers, influence and public profile of the metro mayors have grown in the five years since he left office – so what does he make of how his legacy has developed?

“To be honest, it’s just been so much more successful than I dared dream,” Osborne says. “When I started [in 2014], I thought we’d be lucky to get some kind of cross-Manchester authority. But we got an elected mayor of Greater Manchester, and we gave that elected mayor real power, including over the NHS – it’s still the only part in England where the NHS is devolved. That’s really exciting, and should be happening more across the country.”

There are now nine city regions in England that have metro mayors (not counting Greater London), with a variety of powers. When Greater London is included, more than 40 per cent of England’s population have a metro mayor, representing 43 per cent of economic output (but just 14 per cent of land area). For Osborne, strengthening local democracy and driving the economic regeneration of England’s less productive cities go hand in hand.

If you don’t like what Andy Burnham is doing in Manchester, then go and get a Conservative mayor elected in Greater Manchester

Looking back at previous ideas to boost the regions, Osborne says: “Most of the attempts by governments of all colours to bring economic regeneration to areas had been quite top down, and driven from London. I thought if you combined a powerful elected mayor over a big area, not just over Manchester city centre, or Liverpool, but over the whole of Merseyside, the whole of Greater Manchester, the whole of South Yorkshire, and they had the democratic accountability and the real power to deliver, then they would. To varying degrees of success, you’ve seen that now unfold.” 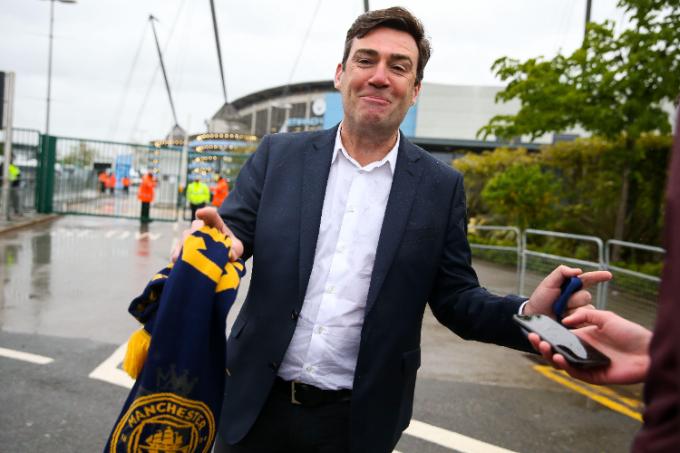 Osborne is enthused by the calibre of candidates who have run to be metro mayors, regardless of party – from Andy Street, the former managing director of John Lewis, in the West Midlands, to Andy Burnham, the former health secretary, in Greater Manchester. “It’s attracted talented people with serious backgrounds to these jobs, because they’re real jobs with real power. The thing that I find really exciting going forward is that it’s becoming a route to the very top of politics,” Osborne says.

While devolution may be a dirty word in parts of the party, given the belief of some that it fuelled the rise of Scottish and Welsh nationalism, Osborne doesn’t think the government should be put off rolling out further devolution – but neither does he think an English parliament is the way to go. “That’s a mistake, because fundamentally England is too big compared to Scotland, Wales and Northern Ireland to have its own English parliament. It would create a very unbalanced country. The UK has worked as a pretty successful country compared to most countries, so I wouldn’t want to break it apart or create a kind of imbalance by overpowering England.”

Instead, Osborne would like to see more powers devolved and more mayoralties created, in both city and more mixed urban-rural areas like the west of England. On the recent Labour victories in mayoral elections, the former chancellor says: “The thing I’d say now is [to Conservatives], if you don’t like what Andy Burnham is doing in Manchester, then go and get a Conservative mayor elected in Greater Manchester. It’s perfectly possible, there are Conservative MPs across Greater Manchester. Ultimately the thing about an elected mayor is that they can be held accountable for their own record.”

You’re not going to have a great rebalancing of the economy… without, at its core, successful cities

“It’s been great seeing, essentially, so many of the critics proved wrong. And as you have a former mayor for London as prime minister, he and the Cabinet should have the confidence to give more responsibility and devolve more power to the existing mayors, and create mayors where ones don’t exist.”

Osborne also sees metro mayors as being fundamental to the levelling up agenda. “You’re not going to have a great rebalancing of the economy… without, at its core, successful cities. But from those big cities you get a huge amount of growth and opportunity in the towns or communities around those cities, and it’s not merely a case of those towns becoming commuter towns or dormitory towns.” 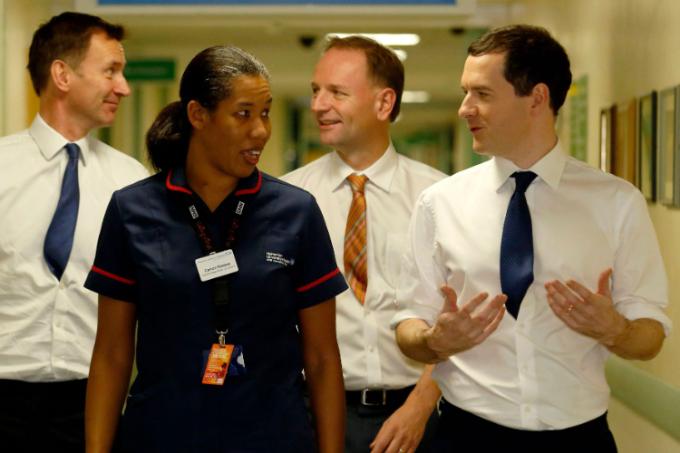 Despite his role in austerity, he is not concerned about the cost of levelling up, and says he has “every faith” in current Chancellor Rishi Sunak. “What you want is more and more parts of the whole of the UK contributing to the national economy.” For Osborne, this means powers to attract investment and jobs to areas, as well as better transport links. While he won’t be drawn on whether mayors should be able to set different rates of income tax, he does see the ability of mayors to collect business rates and council tax and to keep that money to invest in their area as essential.

“We started down that route, and I think you could actually do more in that space – let people, let areas, keep more of what they raise. But let’s be clear, areas that are not successful, those that put off businesses, refuse to deal with schools that aren’t great, don’t attract jobs into the area, then there will be a price to be paid. At that point, they’ll say, ‘well, we need more money from the Treasury’. But the answer is the power to improve the community should lie with the community.”

While Osborne still has lots of jobs to keep him busy (he’s about to become chairman of the British Museum), he also doesn’t rule out ever running as a mayor himself. “The prize is there for whichever political party really wants to turbo charge it in a proper and serious way,” he concludes.

Get the inside track on what MPs and Peers are talking about. Sign up to The House’s morning email for the latest insight and reaction from Parliamentarians, policy-makers and organisations.